Having moved cities, Shruti found it difficult to adjust in the new school environment and make friends.

AIM2EXCEL mentors counselled and advised Shruti about the ways to interact with her classmates like sharing lunch with them and enrol in theatre workshops to enhance her social skills.

In a month, Shruti made three new friends and has now started understanding the intentions and motivation of others through their body language.

Shruti, an 11-year-old child, was above average in studies. She had problems adjusting to the new school environment as her family had recently moved to Gurgaon from Bangalore.

Shruti started all her tasks with a lot of interest but often lost motivation halfway. Shruti’s parents wanted an assessment of her innate interests and sought assistance in areas where she could perform well and enjoy the task as well.

Shruti took the AIM assessment and found it to be unique. The report validated most of Shruti’s characteristics and helped her and her parents understand the underlying causes for her lack of motivation. Her assessed profile showed that she was interested in exploring creative activities where she could work outdoors.

Her high visual Cognitive Intelligence score meant that she could successfully visualize patterns in her mind, which allowed her to think of new designs while sketching or designing.

Her low Social Knowledge coupled with limited Social Perception meant that she was not well aware of social norms and sometimes found it challenging to understand other’s intention in the new culture, which explained her struggle in making new friends.

She maintained a composed poise during the report discussion and was confident in expressing her opinions. Her limited valence motivation and highly spontaneous personality explained her lack of motivation to follow through a task. In absence of continuous appreciation, Shruti was likely to act in the spur of the moment and switch from one task to another. In the report discussion, Shruti accepted that she behaves such because she thinks that she will forget to do the other tasks later if she does not do it now.

According to the report, Shruti would excel in areas which tap her high Visual Cognitive Intelligence and her interest in creating new things while working with her hands. AIM2EXCEL mentors advised her to explore the field of art and crafts and build LEGOs.

AIM mentors also recommended to overcome the two challenges of adapting to the new school environment and remaining motivated in the task at hand. For the former, AIM mentors advised her to get a special lunch and share it with few her classmates.

As a long term goal, she was advised to participate in theatre to enhance her knowledge of social norms and to develop her skills in understanding the intentions of people around her. Her parents were advised to encourage her on a regular basis by giving her small rewards which she values. This would keep her motivated.

AIM mentors also recommended for her to try the PROMODORO technique, that was to not keep a study session longer than 25 minutes. After every session, she should take a break of 5 minutes. To ensure she succeeds, Shruti’s parents were advised to assist Shruti in setting short term goals that can be achieved in those 25 minutes. This made the goals look achievable and boosted her confidence in successfully accomplishing them.

Following the development plan recommended by AIM2EXCEL mentors, Shruti made significant progress in the first month and is currently working on the long-term goals. Sharing her lunch with classmates proved really effective as she made three new friends. She is also working on her social skills through the theatre workshop and is now able to understand the intentions and motivations of others through their body language. POMODORO technique ensured that she successfully sticks to her timetable, thus boosting her confidence. 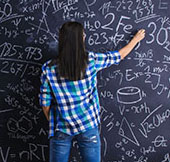 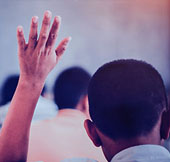 Facing similar adjustment issues? Enroll in our program to help your child enhance their social skills.